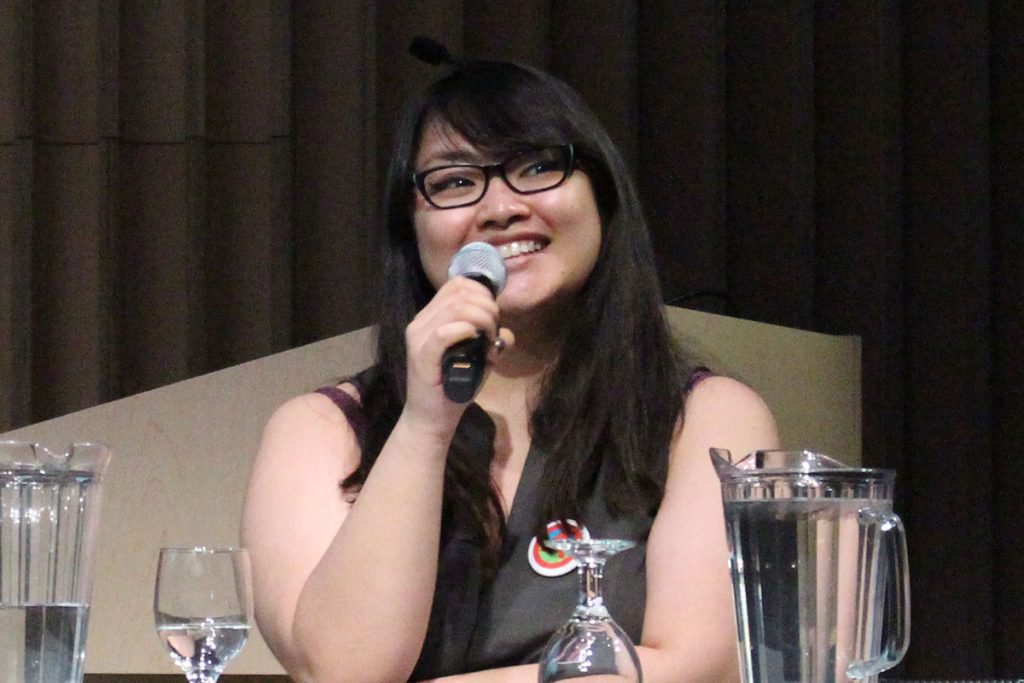 Hi Vanessa. Can you tell us about yourself?

Sure! Hi! I’m Vanessa. I’m a 4th year Communications student at MacEwan University, and I’m best known for being the President of the MacEwan Game Development Club. When I’m not making or playing games, I spend a lot of my time trying to think of ways to help our community grow in a healthy, sustainable way, whether that’s through different events like game jams, or other initiatives.

As for the games I make, this past year I’ve been trying to focus on designing games that don’t rely on violence as a mechanic, or tend-and-befriend games. It’s been an interesting experience as it’s forced me to approach solving game design related problems in a very different way.

Besides games, I really like food! Both cooking it and eating it. In general, I mostly just really like making things, and when I have free time I’m usually tinkering or experimenting with different materials and mediums.

You are the founder and president of the MacEwan Game Development Club. We would love to hear how you went about creating the group and making it what it is today.

I started the club for two reasons! The first and main one is that my old comp sci prof, and the professor in charge of the game design stream here at MacEwan, once said that he was interested in starting a game development club at school. When I came back to school to start my communications degree in 2015, I checked to see if he had been able to get it going, but he said that he hadn’t been able to garner any student interest.

Do you ever get those feelings when you know you’re going to do something? Like you almost don’t have any choice in the matter? I first got that feeling when I decided that I was going to make games, and I got it again when my prof said that he hadn’t been able to get the club going. As soon as he said that I knew that I was going to start it.

The second reason is that one of my goals when I came back to university was to find people to make games with so I could learn and work on my portfolio. I wasn’t sure how I was going to be able to meet people outside of my program though, but starting a club seemed like the easiest way to do it.

When I started the club, I thought that at most I was going to get 10 people. We ended up getting 60 people. And they kept coming, every week.

It was at that point that I realized that there was a huge community of students at MacEwan who were like me in that they wanted to make games, but there wasn’t enough support. At the time, there was only the comp sci only game design stream, and that was it. The club developed into the way that it did to help fill that gap until there was more support and resources at the formal, academic level. When students come to us ask about joining the club, they’re often interested but a little skittish at the idea of joining. They’re afraid that because they don’t have any formal experience or training, they won’t be able to join. But we tell them that the best way to learn how to make games is just to make games, and that the club is here to help them do that. When we were developing the structure of the club, we reached out to our contacts in the industry and asked them what skills besides the discipline specific skills they thought would be most valuable for a developer to have. We also looked at game design and development programs at different schools to see how they structured their curriculums.

Now our club is structured so that by the end of the year, our members have at least three pieces to add to their professional portfolio, as well as more experience and understanding of the game development process. Besides the three games they’ll have made from our regular sprint format, we also host community game jams once a season, so our members potentially work on more projects. We also teach 20-30 minute lessons on different topics related to production and game design, and have started to host workshops.

And on top of all of that, we also have our other events besides the game jams and workshops. We host a mixer once a month so that our members can relax and get to know each other some more, as well as our annual game development conference in April, Press A to Start. We also encourage our members to attend the different game dev meet-ups such as GameCamp and YegFemDev.

By doing all of these things and more, we work to fulfil the mandate of our club, which is to provide our members with opportunities for professional and personal growth through hands-on learning and networking with both peers and industry in a welcoming environment. We also accept everyone and anyone, so you don’t have to be a MacEwan student or even a student to join!

Over your years with GADEC, what has been your greatest accomplishment?

I’m really proud of my work with Press A to Start, in how it’s been able to grow from what was once an evening of networking and one panel to a full day conference. So with that in mind, Press A to Start is probably my greatest accomplishment. However, the scope and success of Press A to Start, or even the club itself, would not be possible without the team of people behind it.

In my time with GADEC, what I’m most proud of is the welcoming and inclusive community that we have built. Besides being passionate and talented at what they do, everyone in GADEC is incredibly friendly, warm, and inviting. All the success and growth we have had has been because of them!

This club is 4 years old. It’s been really cool to watch students join and to see them grow more confident in themselves, to start to mentor newer students and take them under their wing. It’s also been cool to see the friendships and relationships that form between people who otherwise would never have met because they are in different programs at school.

At the beginning of this journey, I always told myself that if we weren’t able to make games, if the only thing GADEC was able to achieve was to create a place where people could come and feel welcome, then we will have succeeded. Because of the community we’ve fostered, GADEC has been able to do all that it set out to do when we started it, and it’ll go on to do so much more.

Last year, we came up with an acronym for our club values: T.R.E.A.T. It stands for Transparency, Respect, Education, Accountability, and Teamwork. It’s a little cheesy (acronyms almost always are!), but T.R.E.A.T is an important part of what makes our community what it is. It means that everyone in GADEC promises to TREAT each other well.

… and your greatest challenge?

Students groups are, by their nature, inherently unstable. Clubs shut down every year simply because there is no one to run them. Either everyone graduates and there wasn’t a succession plan put in place, or people have to step down to focus on school or other areas of their lives, or people just don’t want to continue.

Those first few weeks when those 60 people came and kept coming to our first meetings, I realized that I didn’t want this to happen to our club. Since the beginning, our club has tried to build sustainability right into the structure of our club. We do this by focusing really hard on mentorship. We keep an eye out for 1st and 2nd years who seem very engaged, and try to find ways to encourage that even more. Within our exec team, we’re always looking for our replacements.

We also document everything. All the processes and procedures we’ve created for planning and executing all the events we’ve ever done, all the contacts we’ve made, all the resources we’ve acquired… it’s all documented and easy to access. We don’t do a hard transition after our executive election either. Our general election is held in February, and the old execs stay on to train the new execs until May. Before the election, we let our members shadow us, whether that’s just by attending our exec meetings, or by coming with us to our own meetings or watching us do exec work, even if it’s just boring paperwork. We make the process as transparent as possible so that people who are engaged and interested know exactly what they would be getting into.

There were definitely a lot of growing pains at first. There always are when you’re trying to build something new. There were a few times in the first couple of years where I wanted to quit because it all felt like too much to handle.

But I’m glad I didn’t. Eventually, we got over those hurdles. We stabilized. I’m glad that I stayed on to lead us through the brunt of all of those growing pains, because it means that the future team doesn’t have to. I may have led the ship until now, but we wouldn’t have made it this far without our crew.

What are your thoughts on game development as a whole in Edmonton and Alberta?

It’s been really exciting to be a part of this community and watch it grow! As a whole, I think that we’ve started to outgrow the resources and support that is currently available, and more support is needed. I also think that the game dev community in Edmonton, and really, throughout the province, is made up of smaller bubbles that aren’t necessarily aware of each other. As a result, we sometimes get these pockets of people who feel isolated from everyone else.

What I would like to see is more support to become available to help connect all these bubbles. By connecting us all together, we will be able to grow the community in a healthier, more sustainable way.

Well, with any luck, I’ll graduate on time by the end of Fall 2019! Here’s hoping they don’t cancel any of the classes I’ve signed up for in the Fall.

I will be finished my Presidency in May. Press A to Start 2019 will be my last big project as President of GADEC. In the meantime, I’ve been trying to organize all of my transitionary documentation for the new exec team to take over. I want to make sure I’m leaving GADEC in a good place.

Since our election, I’ve been stepping back more and more to let my better half (my best friend, boyfriend, Vice-President and Incoming President!) take on more presidential duties to make the transition easier. I may be graduating, but I still want to keep supporting and advocating for our community as much as I can. Stay tuned! I’ve got a couple of huge community initiative projects that you might like.

Besides that, hopefully, I’ll be getting a job! My goal for the last few years has been to work as a producer in game development. Here’s hoping.

Thanks for taking the time to be our first Community Spotlight member. 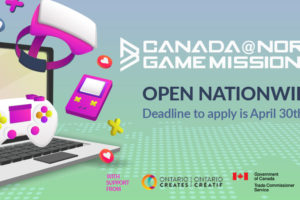 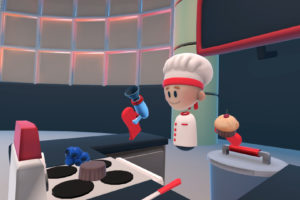 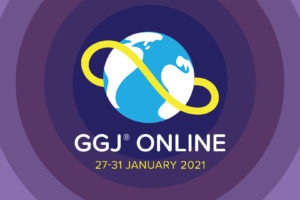