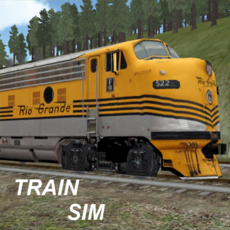 The #1 Mobile Train Simulator over 20 million downloads on Google Play, Train Sim is a 3D Train Simulator that allows you to drive over 50 trains through 10 environments or create custom environments for your trains.  Control speed, direction, sound horn and bell, control train lights, switch between night and day mode all with multiple camera angles.  Watch as the train goes by from a station or sit inside a realistic 3D cabin.

3583 Bytes was founded by Adam Berent when he wrote Train Sim for his 18-month-old son to satisfy his train obsession. After seeing how happy the game made him, he decided to publish Train Sim to the Google Play Store, for other parents & kids to enjoy. Within the first month of its release Train Sim was downloaded over 1,000,000 times on the Android platform, reaching the top 100 most popular Casual Games in Google Play. Although Train Sim originally started as a fun project it became the foundation for 3583 Bytes.